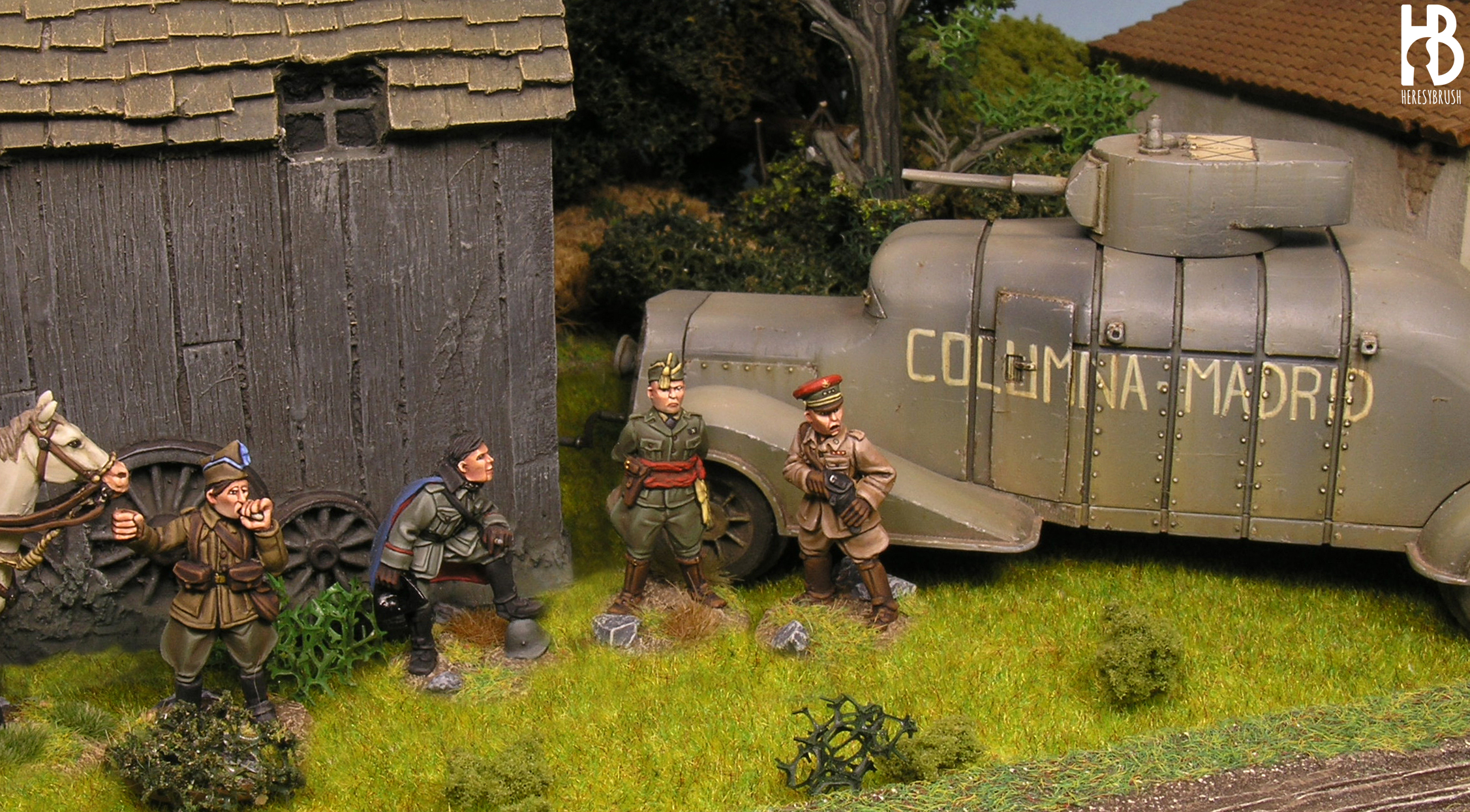 One of the most interesting weathering effects on vehicles is the dust, above all if our model has fought in wars with few paved roads, like the Spanish Civil War o the Second War World in Russia or Africa.However, first and foremost we have to think about several points. 1) Where is placed our model. For instance, isn’t the same the dust generated in the African desert than the dust generated in an European road. 2) How many dust we want to represent, a soft effect to avoid masking other details, or a strong effect. And 3) decide the method which we want to use: there are many ways to recreate the dust effect, and in the next lines I want to explain one. 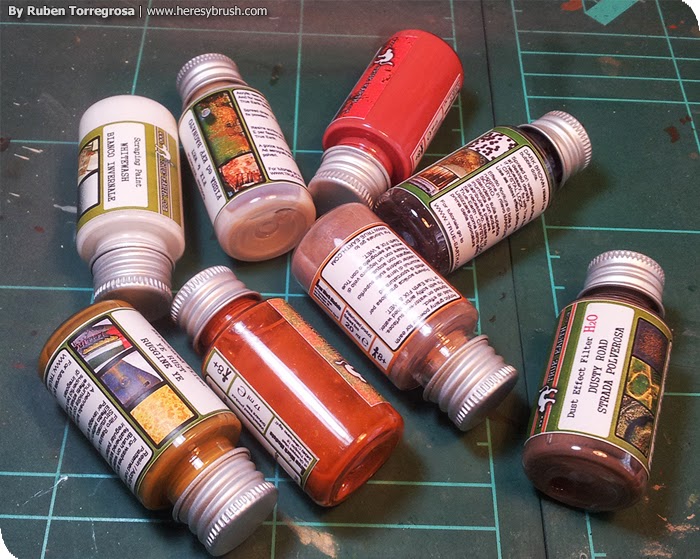 Recently, I got several bottles of “ready-to-use” effects from an Italian company, True Earth. It has very interesting effects, such as one to simulate the white wash (layer of lime paint applied on vehicles in wintertime), following the hairspray technique. That is, you apply this product with an airbrush and then you can just do the chipping. It are also interesting the effects of oxide textures, although my results in 15mm models are not convincing me yet. The only downside is the jars size, only 17mL. It’s not very important for some effects, because you only spend a little, but it’s important in effects like the White Wash, where you have to spend much volume to paint one model.

Therefore, I exploit a model from Minairons Miniatures in 1/56 scale, the Hispano Suiza, and I put into practice a product from True Earth to simulate dust texture, the Dusty Road. However, such in all weathering effects, it’s better work in several layers. So, because I’ve recently read Michael Rinaldi’s books (Tank Art vol 1 and vol 2), I decided to apply first a soft layer of dust using an enamel. To this porpuse, I’ve used a sand color enamel from Humbrol (nº63) diluted with his thinner 1:5. This it’s been my first time using enamels in my airbrush, and I was afraid of!. However, there was any problem!. Anyway it’s recomendable work with an extractor or with windows opened while you are aibrushing. 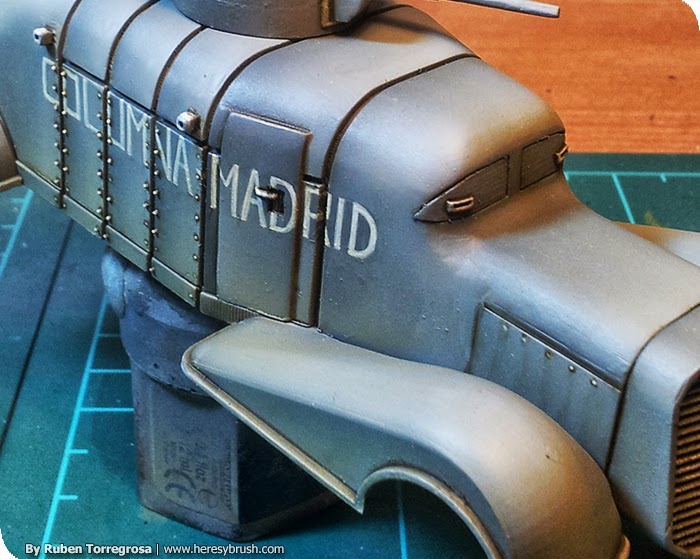 Then, after waiting 24 hours, I worked again over this dust layer. The first layer wasn’t enough for me, because it was too translucent. Therefore, I applied a second layer with the same dilution. Now, with two layers, I liked the intensity of the effect. After waiting several minutes, I used a flat brush moistened in solvent, and I applied soft vertical strokes, in order to drag the “dust” to the bottom areas. The idea was simulate an intense dust accumulation on the underbody, and dust traces in the upper areas. Because the first layer dried 24 hours, it was hardly affected. Nonetheless, I almost dragged the whole second layer. This lead to an interesting effect: a homogeneous background of dust, but with different intensities and patterns.

Finally, over this “pre-dust effect”, I started applying the Dusty Road effect from True Earth. I used a brush to scatter the product on the underbody, concurring with the dust effect painted with enamel. Note, True Earth products are ACRYLICS. That is you can apply them immediately over enamels or oils (such as AK-Interactive’s effects), without damaging them. However, acrylic paints dry in a few seconds. So, to avoid surprises, I diluted the Dusty Road with a little of water, and I worked with several layers until I got a nice intensity. 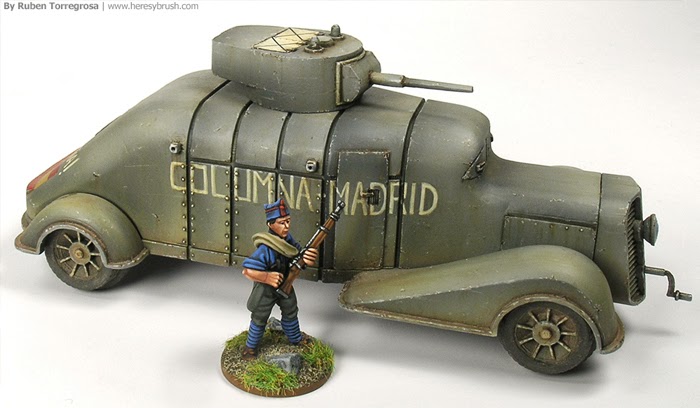